Stuffed capsicum is my childhood favourite sabzi. All of us in my family are very fond of Bharwa Shimla Mirch. I always love to eat it as a snack.

The sweetness of potatoes along with spicy and tangy spices filled in capsicum makes for a perfect combination. 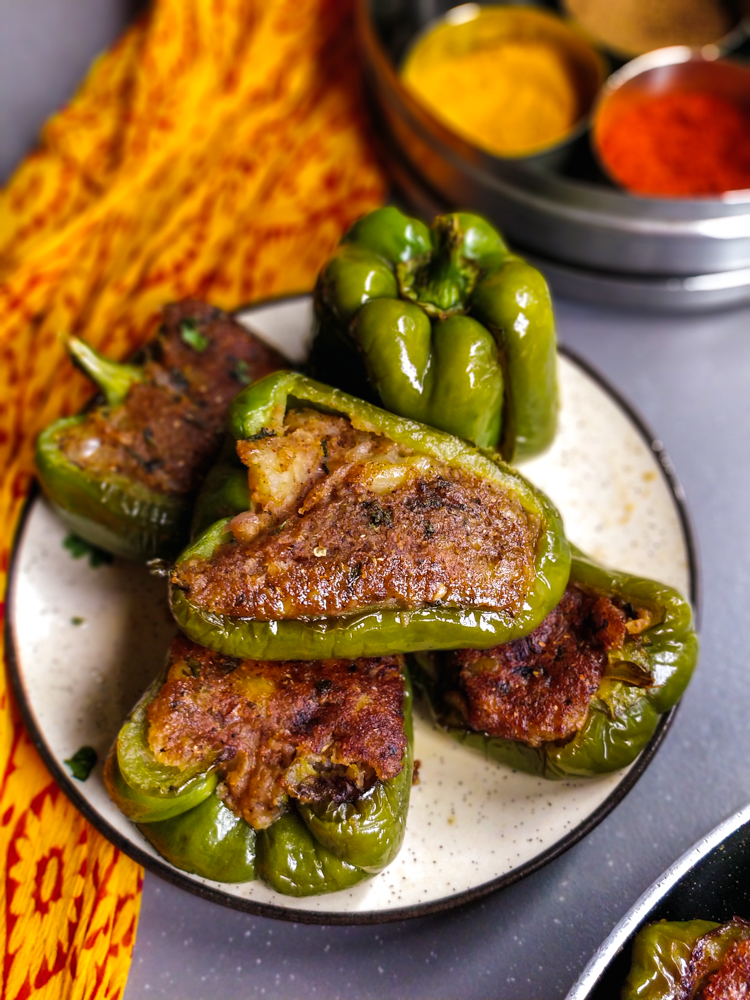 My Mom used to cut it open from the top, I prefer to cut it into two halves. Though the taste remains the same, it’s just different in presentation. Also, if the size of Shimla Mirch is too large, it’s difficult at times to finish by one person when we have an elaborative spread.

This is a homely Punjabi version of the recipe. Though it is very rare that I have found this dish in restaurants if they prepare its always the gravy version of it.

This recipe of Stuffed Capsicum is –

How to prepare for Bharwa Shimla Mirch –

To prepare for bharwa shimla mirch, boil and peel potatoes. Let them cool.

Cut capsicum into two halves. Deseed and remove all the excess white part.

Keep ready all the spices as suggested.

What type of Capsicum is best for Bharwa Shimla Mirch Recipe –

Ideally, the firm and straight green bell peppers are used for this recipe. Though any size is ok, I prefer using larger capsicums since I cut it into two halves.

If you are cutting the top for stuffing, you can also use smaller peppers.

With potato stuffing, I have tried only green bell peppers, but you can also use coloured capsicum as well. 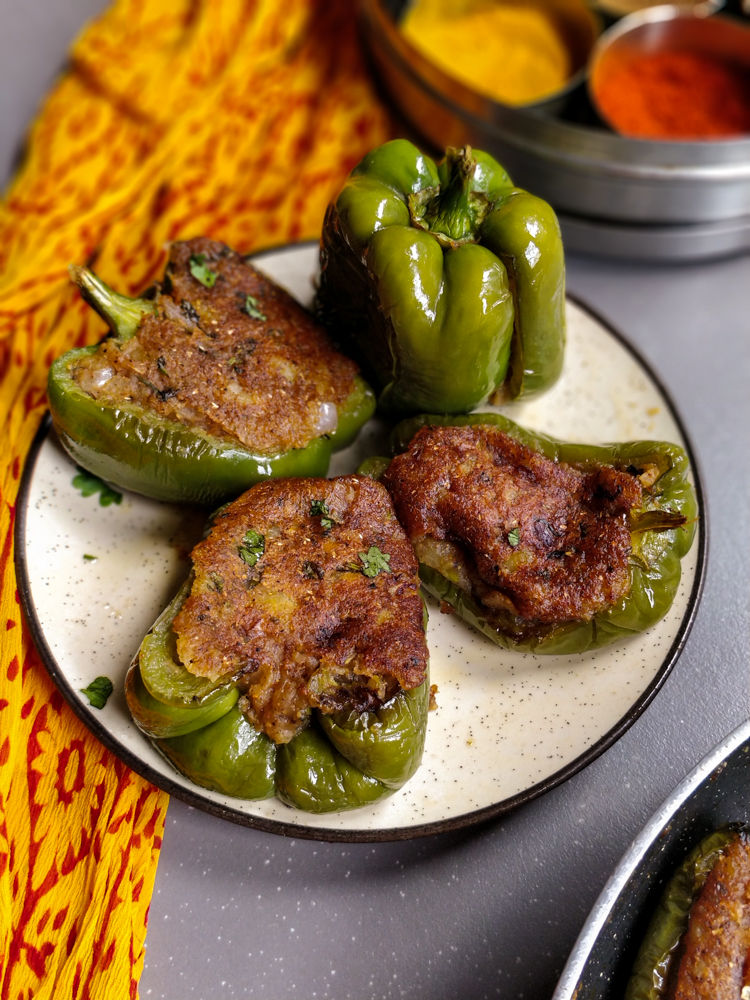 How to make Bharwa Shimla Mirch Recipe at Home–

In a mixing bowl, mash or grate boiled potatoes. To it add all the suggested spices and other required ingredients and mix well. The stuffing is ready, set aside.

Cut capsicum into two halves or cut the top, if you prefer. Deseed and remove all the excess white part.

Fill the stuffing into capsicum. Heat oil in a broad pan. Arrange the capsicum in hot oil. Cover and cook on both sides till done.

Things to keep in mind while making Bharwa Shimla Mirch – 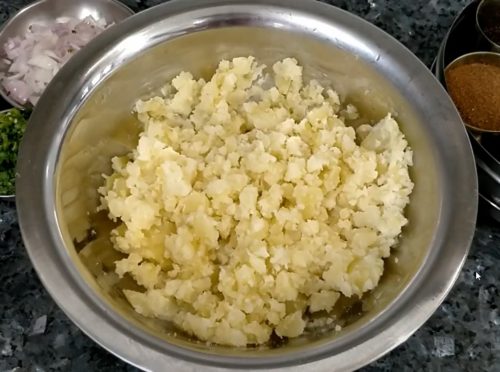 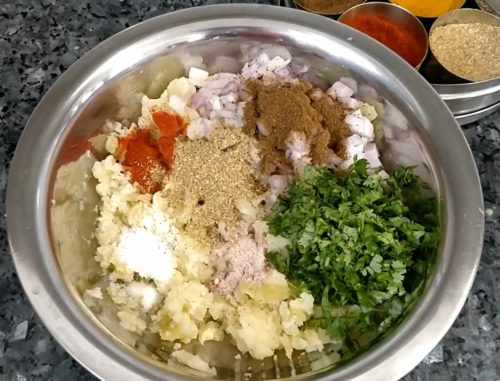 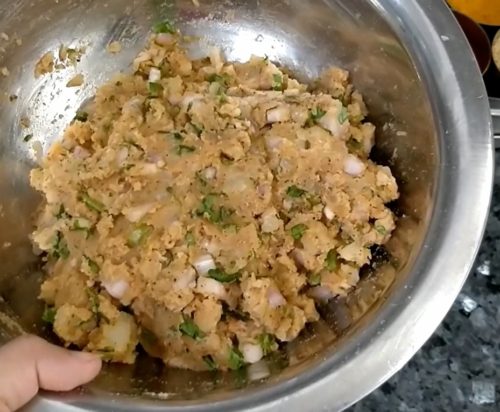 3. Mix everything well. Stuffing is ready, set aside.

Stuff the Capsicum with Masala- 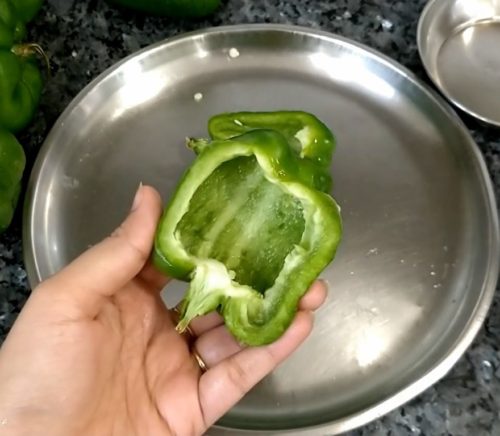 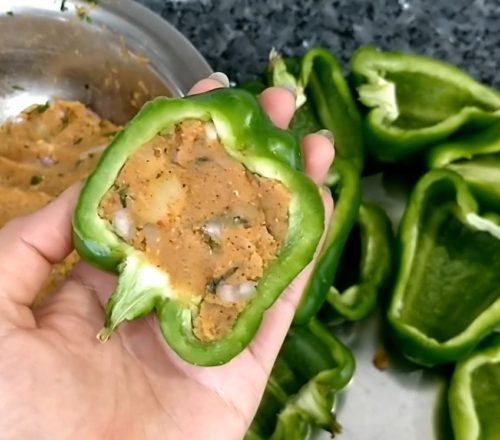 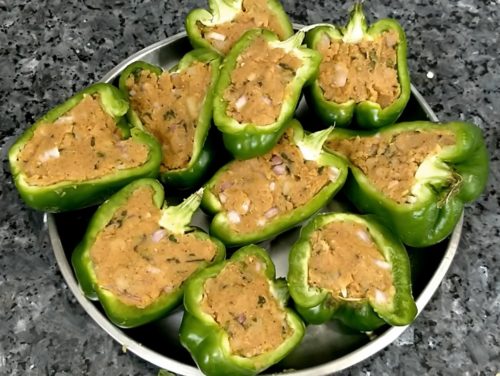 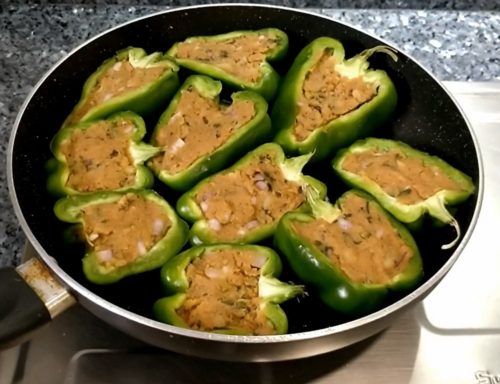 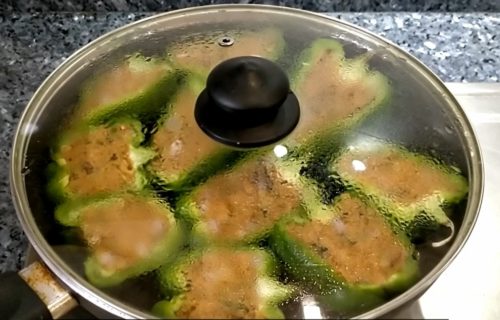 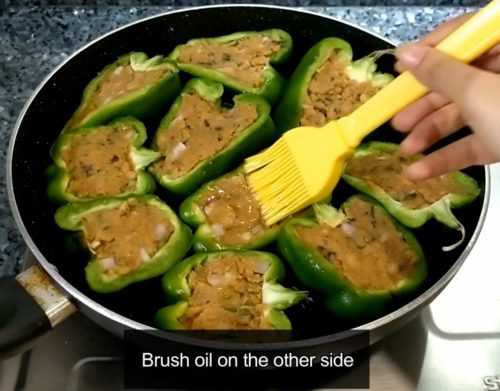 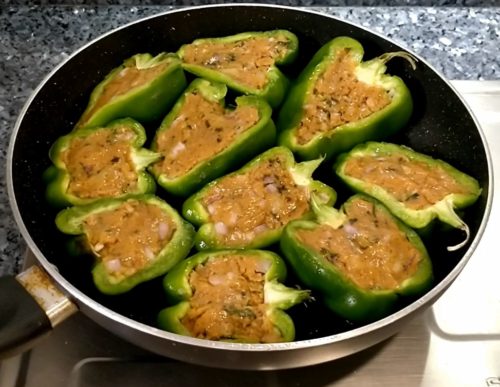 3. Uncover and brush oil over the potato stuffing. 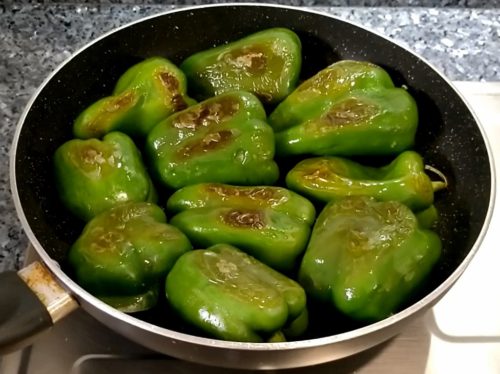 4. Flip and cook on a low flame till potatoes develop a crisp crust. Do not flip a lot. 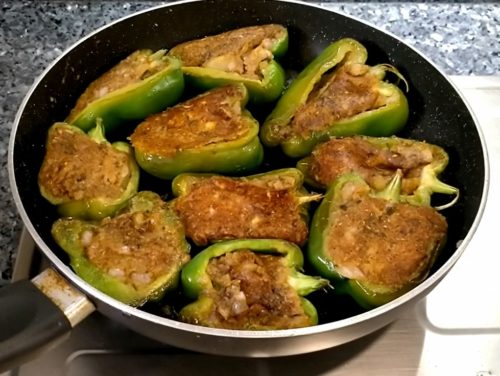 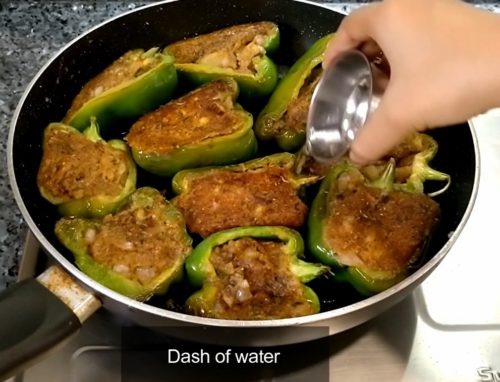 5. Flip once again, add a dash of water, cover and cook till capsicum is done. 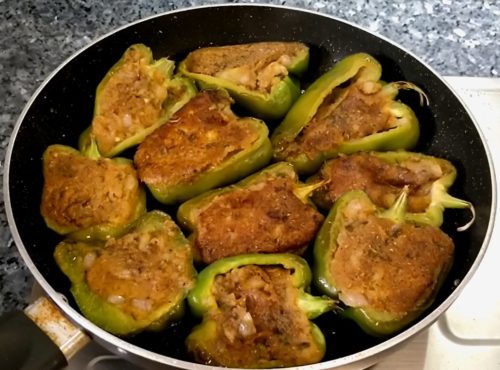 6. Serve as a snack or side dish along with roti or paratha. 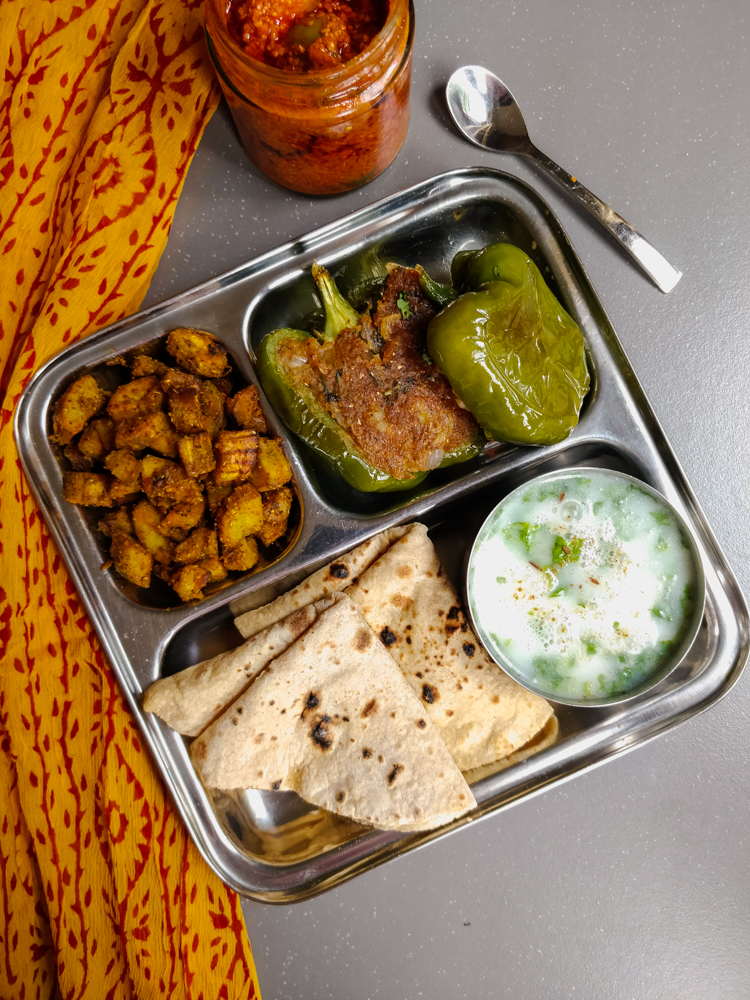 How to serve Stuffed Capsicum –

Stuffed capsicum makes for an amazing side dish along with roti or paratha. You can also serve it as a snack or appetizer.

To make a complete meal serve it with dal, raita, roti and salad.

You can also pin this recipe on Pinterest for later referral. 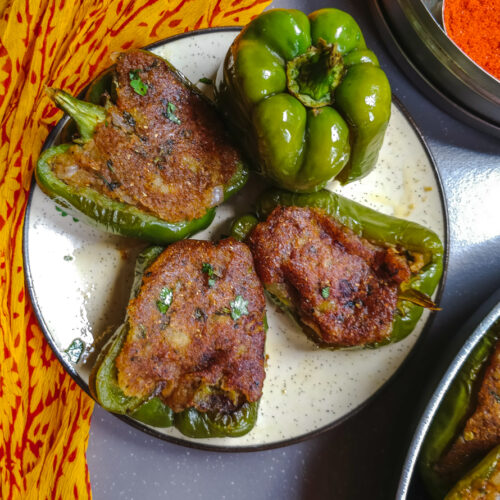 Stuff the Capsicum with Masala-

• Cooks best in a broad pan. Covering the lid makes cooking faster.
• Adjust spices as per taste.
• Do not overcook the capsicum.
• Make sure the boiled potatoes aren’t mushy.
• Adding fresh herbs to the stuffing adds a lot of flavours.
All Recipes Weekday Dinner Recipes Food for me is love and cooking is my passion. The purpose of this blog is to connect with foodies worldwide and share food stories through means of recipes and reviews.
Know more
Subscribe to our Youtube channel for new recipes every week
Subscribe
Follow us on Instagram for quirky insights on my small world that revolves around food
Follow